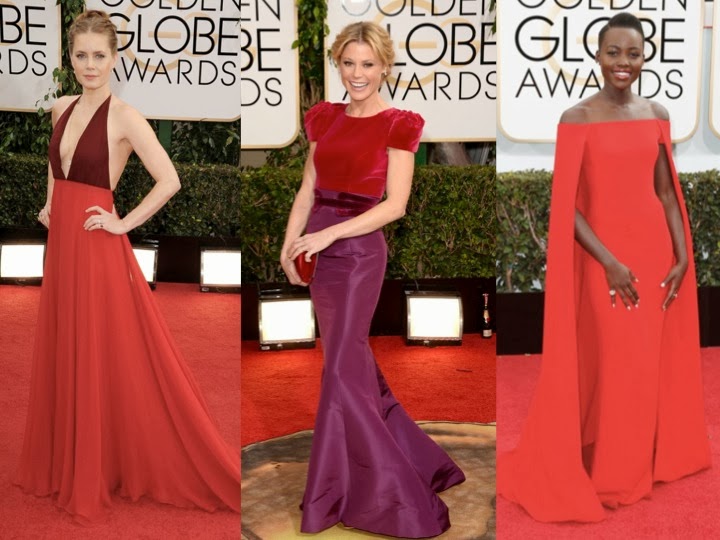 Well Hollywood gave us a MUCH better showing this weekend at the Golden Globes than they did at the People's Choice Awards. Berry tones reigned supreme with Amy Adams, Julie Bowen and Lupita Nyong'O bringing home the very official Tartan & Sequins Best Dressed Award this year. Maria Menudos and Taylor Swift also looked chic in berry tones and Leslie Mann, her dress may have not been berry, but I don't even have words because it's so chic. 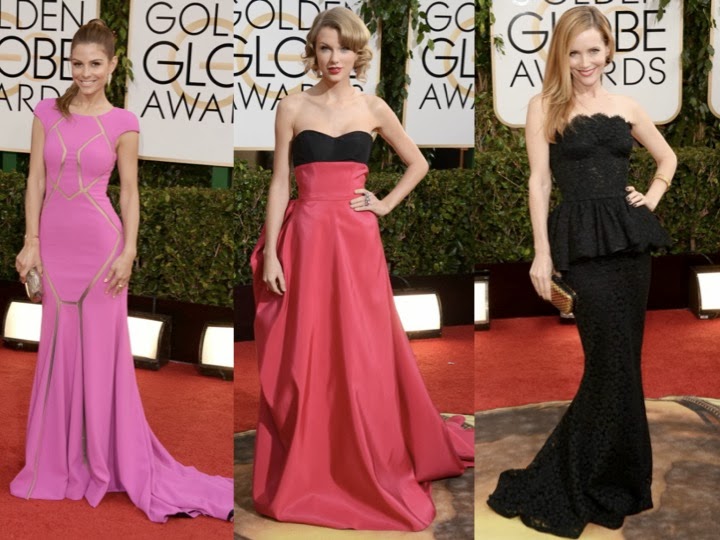 As with most awards shows, there were several sensational sparkling looks. Kate Beckinsale looked flawless as always, as did Naomi Watts. While not sparkling, Rosci Diaz's cream number was divine. BRAVO LADIES! And now onto the celebs who missed the mark. It seems as though they either went with some wacky pattern (as Michael Kors would say) or some bizarre tulle number. For the wacky pattern category, we have Heidi Klum, Sandra Bullock and Tina Fey. With Heidi, I can't tell which decade she's trying to showcase (hair says 70s but outfit says 80s?), with Sandy, I'm just plain confused as to why someone so elegant would choose something so cheesy and then I think Tina fell victim to a weird pattern + bad shape convo. 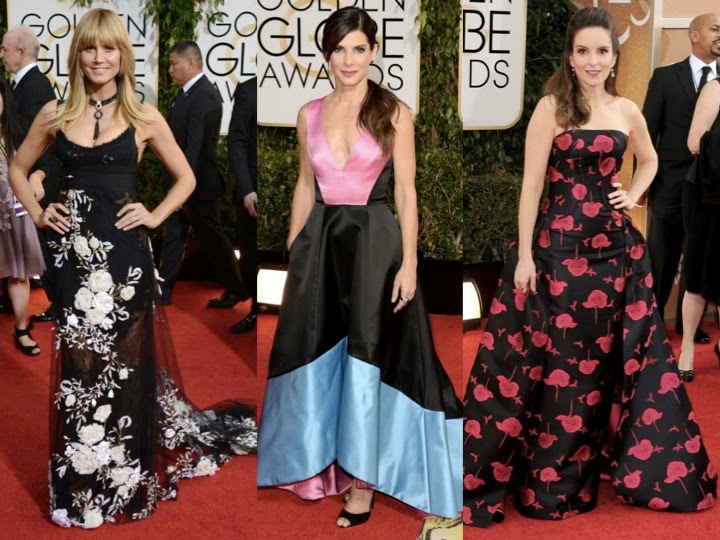 For the bizarre tulle numbers, we have Zooey Deschanel, Sarah Hyland and Jennifer Lawrence. With Zooey, I am confused as to which look she is going for at all, with Sarah, I feel like the hair and makeup (youthful, flower child) does not match the dress (matronly, mature) and JLaw, where do I even begin. Someone posted a photo of her in this dress next to Ariel from the Little Mermaid when she makes a dress out of a sail and rope and it could not be more accurate. Just hire a new stylish already. 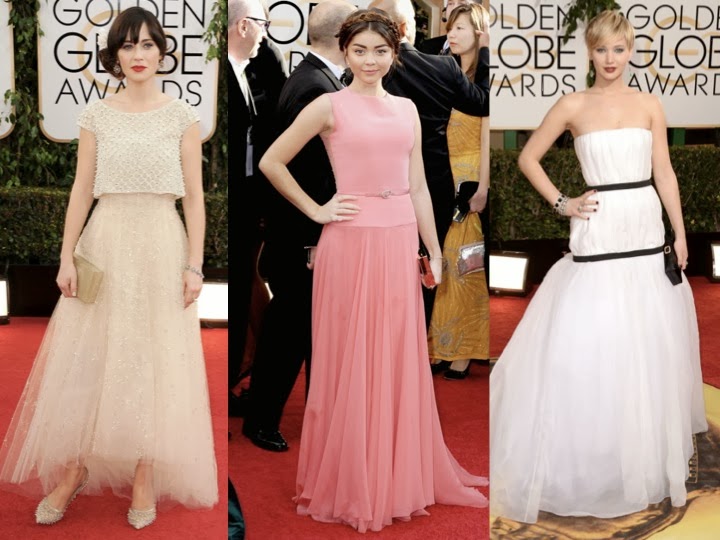 What did you all think of the gettups? Any best/worst dressed opinions? 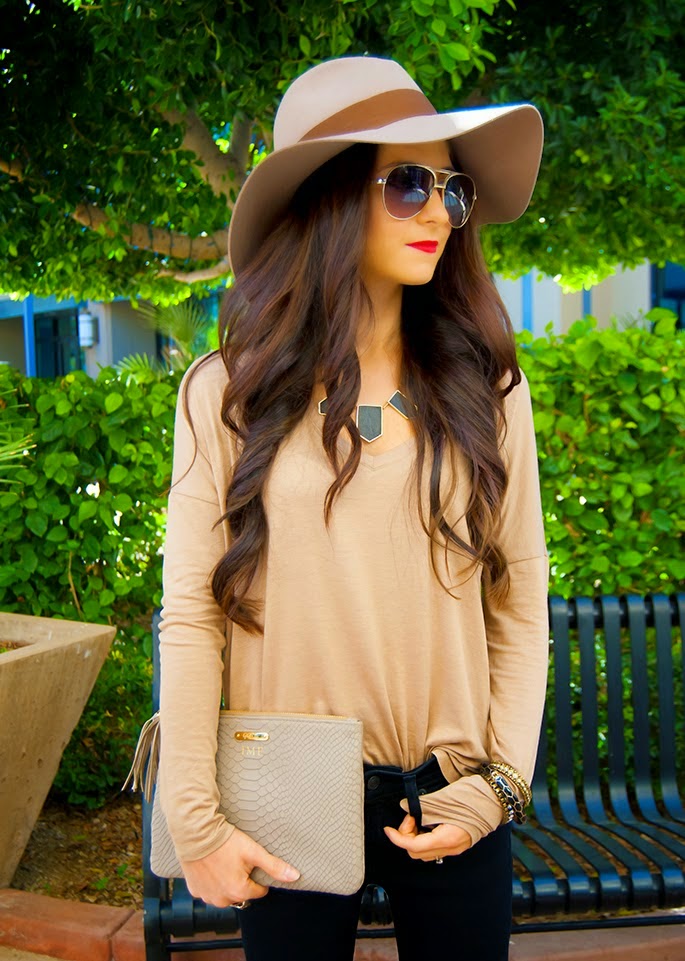